A Manor in Coberley was used as the venue for Mr and Mrs Harding’s wedding reception last weekend. As the Manor was only down the road, the Spitting Pig team didn’t have to travel far. 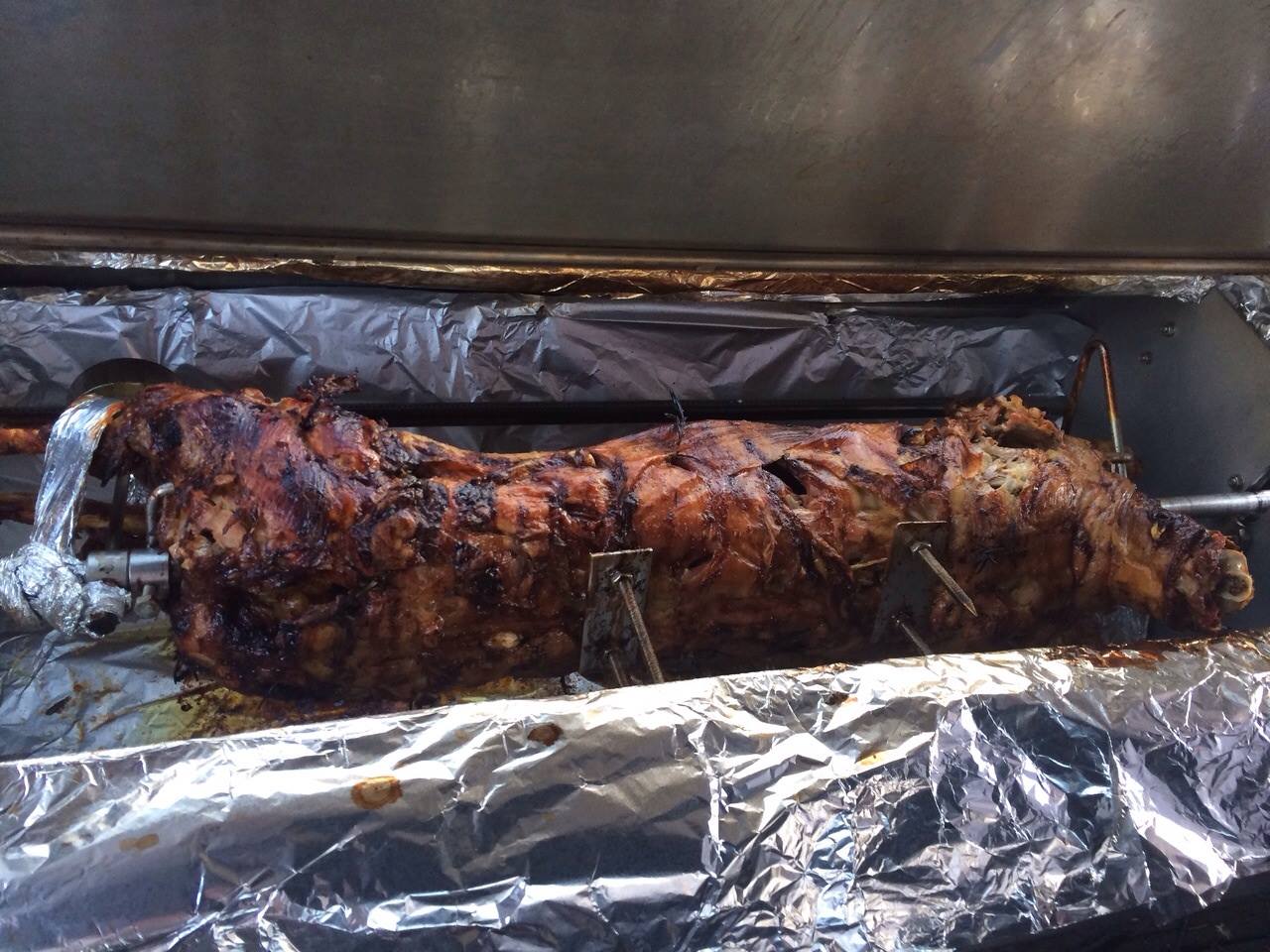 The Manor could accommodate 200 guests; the Harding’s had just fewer than 150. The new couple had arranged for a marquee and inside were; tables set up so elegantly with beautiful flower centre pieces and the lantern lighting set the marquee off. We set up their gazebo just outside the marquee – we had took a gazebo was the same colour as the marquee (so we didn’t look too out of place!) The smell of the hog roast that had been slowly cooking for 12 hours had already caught some of the guests’ attention. The serving time was 8pm and as the Spitting Pig team opened up the guests soon fled over to get their juicy pork bap and some topping it with our sweet and tangy apple sauce which accompanies our pork perfectly – our crispy crackling wasn’t around for long either! As 11pm arrived, it was time for the hog roast Coberley team to pack up and let the Harding’s carry on with their celebrations.